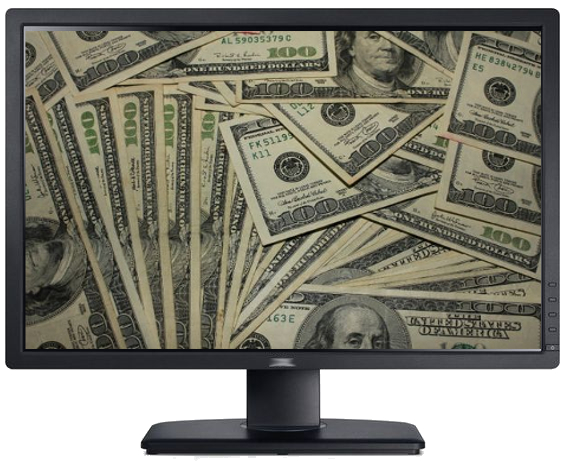 Most people would not look at me as an expert on the Internet. I have been around computers since 1975 when we had to use binary code to teach a computer how to add, subtract, multiply, and divide. That was about it, other then those punch cards with little square holes. 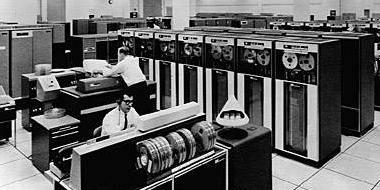 The first computer I used in engineering was the size of a room. Very slow, and kept crashing I had to first draw a tractor cab on paper, plot all the points using geometry, write down X,Y,Z coordinates, then put points on the computer and connect the dots. That was it.

The first project I worked on, I drew half a tractor cab, then asked the computer guy how I could copy and flip the thing to make a whole cab. No one ever heard of that. A room full of vice presidents meet for weeks to figure out if it was worth the cost to pay a programmer to come up with a way to do that. They couldn’t see much use for a copy and flip command. How things have changed.

I eventually wound up at a company that saw a use for computers and invested in new computers and drafting software developed by engineers and designers that actually worked for a living. That was great. It was one of the first systems that worked, was stable, and did just about everything. There was also the ability to extend its usefulness with simple macros and sub-routines. We could do everything but make that computer sing.

We of course hired engineers from other companies with experience on other software, most on the leading seller. We would show them what we could do with the press of a button. They watched as the computer popped up a series of questions, then did an amazing amount of drawing on its own. That taught me two things. We can teach a computer to do parts of our jobs for us, things we do on a consistent basis, and most people don’t want to take the time to study chores they do over and over again. Most people want to do their work and leave it up to some computer programmer to suddenly make life easier for them.

In the old days, people who actually worked for a living were regular employees by day and computer programmers by night, so to speak. We had accountants developing accounting software, engineers writing engineering software, so on and so forth. They made programs that worked, and didn’t go through major updates and changes like we see today. The company I worked for sent me back to school to learn enough programming so I could communicate with the systems guy and tell him, we need the computer to do this and that, and know it was possible. Visual Basic was the key. Take one part of this program, add in that part from another program, and make something totally new. I had sort of a gift to see how useful computers could be.

Now we have people all over the world sitting in Internet cafes, or in their living room with a laptop trying to make money the old fashion way, steal it. The world is full of Internet thieves. I still get 1-2 letters per day via email with new variations on millions of dollars they have in a bank account, and they need help getting the funds to the US. Oh, and the old inheritance scheme. Are people still falling for that?

Now we have sophisticated scams. Most of them seem rather harmless and may go unnoticed. Even top antivirus programs use forms of spyware and sell off all the information on your computer. Who can you trust these days? My favorite antivirus program is Spybot. They are about the only ones left you can trust. The rest have fallen victim to big money from personal information sold all over the world. What is that information used for? All kinds of things. I can see how this is going to turn into a long series of stories.

Your information was first stolen to target your shopping habits. Major companies track the sites you visit on the internet, and then flood every site you visit with that product, or similar products. Those companies also buy information stolen from your computer to refine your custom made Internet experience. Bet you never considered that aspect. Those companies also developed and employ their own brand of spyware buried in operating systems. The bigger the company these days, the more deadly their spyware is.

Today most systems come with spyware included free of charge. People used to steal information, send it to their computers over the Internet, then process it, looking for information they could sell. Well why not use your computer to process and store that information, then send the important stuff of to the spy company? That made sense, and that’s what most people are stuck with today. Linux makes a safe operating system, but today, people want someone to do everything for them. With Linux, you have to know some basic programming, a sort of DOS system and a few commands to add programs to your computer. It is not impossible to break into, but very difficult. Linux requires a password to add any program to the hard drive. Since most of the world uses an operating system designed to do everything for you, thieves don’t bother to waste time on the 2% of the world that uses a stable, safe system. In a heartbeat, major software companies could fix that spyware and virus problem, but they are the biggest spies in the world.

You could go in and fix your operating system by taking out the spyware codes. But once you take out one program, there are 999 backups on your system to replace it. I don’t know how anyone could deal with the situation today. It has gone wild. So what does the future hold?

Everyone knows advertisers use information to flood you with ads to click. There is a lot of money in that. The last few elections taught us how politicians use stolen information to custom make banner ads to target individuals. Much of that was used to fuel the fake news sites. Using information from the Internet, they knew which stories to write and buy to target both sides of the political arena. The truth no longer matters. Attracting people to a site and getting them to click on ads is all that matters. It is all about money.

Now that the news has gotten their fingers in the pie, you can expect they will learn to use stolen information about people as well as the smaller, fake news people did. But they are looking at talking everything a step further – customizing news to suit the individual. In other words, I’ll see one news story, and you’ll see a totally different angle on that same news story. All they need is a person to enter a few basic pieces of information and let the computer write thousands of variations. As soon as the computer sees you on the site, in less than a second, a new custom website is revealed that agrees with your insight on life, to a degree. Your candidate is the best person in the world, and the opponent is a raging demon. How will they change other news? What happens when someone designs a computer program with an imagination, of some kind?

0 thoughts on “The Future of the Internet”