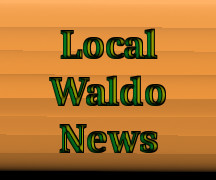 It seems we had a few tornadoes west of Sheboygan on August 28, 2018. I was visiting a friend looking out the garage door when it began pouring rain with little or no warning. It was coming down in buckets. The thing I remember is how the trees were all leaning to the north from the high winds. In a split second the wind shifted and the trees were lying down to the south. The high winds changed direction 180 degrees in a split second. Branches were flying around. Most of them seemed to be coming from the west while the trees in front of use were blowing to the south. After a few minutes the rain and winds let up. A brief walk outside revealed a number of items blown around and a few items in the yard that were not there before the storm.

Waldo Wisconsin had a number of trees down. Quite a few. Some of them were rather large trees with 8-12 inch diameter roots exposed. Heading east towards Sheboygan the damage was wide spread close to Highway 57, but lessened as we headed east. Heading west, Cascade Wisconsin seems to be hit the worse. Trees were down all over the place. There were few signs of damaged buildings.

The weather service reported as many as 19 tornadoes in the area. Some claim that is a record. Electricity was out for about 24 hours throughout Waldo. The electric company crews did a great job of restoring service.

Clean up is underway. I helped clean up about 6 trees. I did learn a few tricks about loading branches. If you start piling branches in a trailer with all the stems pointing out, it is much easier to unload. When the leaves are all pointing to the front, top leaves compress leaves on the bottom and you can pack more. When you get so high with branches they tend to begin to angle down. If you have a long trailer you are basically stacking the last few few vertical. Which allows you to pack a lot more branches.

Here is one trick I saw. Pack the first bundle of branches with all the sticks pointed out. When the trailer has a full width of branches, gather the stems and tie a long tow strap around them. This will allow you to pull out all the branches at once. Of course the dump had an excavator to pull out the branches and they all worked as a team to unload the truck. That should work for a small trailer with a few people to help load and unload.

I’ll have to add some pictures later. Here are some other stories.

Jackson tornado started at Cascades, touched down for 1.5 miles

0 thoughts on “Tornadoes in Waldo and Cascade”