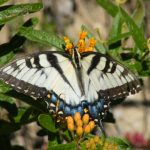 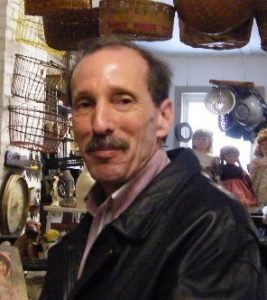 I woke up early this morning thinking about what to put on this new website, and how to promote it. How about a section on country life? That’s a good idea. How about a story on the lack of communication theses days. That could branch out to a number of stories. What about what I learned in my first 60 years of life? That would be a summary of all the stories I was thinking about.

One of the things I learned over the last week, while trying to get this website off the ground was, I gotta get more organized. I have been looking all over this computer for stories I wrote and I thought were ready to post. Before I dumped the old, more expensive website, I copied the top 10 stories for  Real Estate Buyers and Sellers. And a few more on other issues concerning Real Estate. I found the section for Seller, but what did I do with the Buyers stories? I always have a back up plan. So I went to plan B. That didn’t work out so well. I have a new computer, and that does not have Lotus Notes on it. So I can’t open the files. I realized, I have not used Lotus Notes for years. That told me, Real Estate has not really changed over the years. The only thing that has changed is, the Internet is giving some people a monopoly on just about every field of business in this world. People bid on Internet ads, and it is getting really expensive. I mean really expensive. So where does that money come from? Expenses are of course passed onto the consumer, some how. In Real Estate that means, it will cost more to list and sell your property. A few years ago I received a call from one of the leading websites a lot of people use to search for a new home. The zip code I lived in had a starting bid of over $3000 per month. Think about that. What does that amount to? Agents are giving up a sale, or at least half of a sale a month to a company that will put their picture and phone number on the side of every page you visit in that zip code. What does that mean to the average buyer who decides to use that agent? You think about it. Wouldn’t you expect a little bit of high pressure sales?

By the way, Plan C worked and I have the posts I wrote for Buyers and have been posting some of those. I consider myself more organized than most people. I’ve been around computers since they were the size of a room, and didn’t do much of anything. I saw something special in a computer and looked at how to use it as a tool. I worked in the design and engineering fields. I worked as a temporary rent a pencil. That was one of the slang terms for an engineer that was hired as a temp. I worked for a number of companies and later was sold off as a consultant. I caught onto systems companies used, and developed some rather simple filing and numbering systems that saved tons of time. Also communication skills between engineering and the many departments they worked with. Word soon spread and I was hired out as a consultant to a number of companies. When I went into Real Estate, I wrote down the most effective step by step process and followed it to the letter. I had maybe 2-3 late closings over the years. Today I hear stories that most closing happen late. That’s when people play the blame game. How is a first time home buyer supposed to know they were supposed to do this or that, or have those forms in by a certain date unless someone tells them? That goes right back to the high cost of advertising and the need to push the new sale through. In reality that never works. Things pile up and the next thing you know is you have a log jamb. Common sense will tell anyone, the more work you try shoveling out, the more drops off the shovel. You not only have to be organized and effective, you have to know and respect your limits.

I also learned this age of cell phones and Internet is contrary to proper communication. Sure they are tools, but how many people know how to properly use a tool? It tales years to learn how to efficiently use a grinder, file, sander, or spray gun. Put any of those in the hands of an untrained person and that spells disaster. Then people expect to take an expensive, sophisticated tool like a cell phone, laptop, or computer, put it in the hands of people with zero training, and expect to see miracles. Lots of luck with that. I’ve found out, this automatic word fill in and spell checking feature on this laptop can make you, or break you. I’ve also found out that as soon as you get really efficient on any phone app or computer program, some idiot who really doesn’t work for a living decided to change everything. Open the program up and

everything is moved around. How irritating. How rude. That’s one of the reasons I switched over to a Linux system. I’ve worked with Linux a long time. I know one thing, no one adds, changes, or updates a thing on my computer without my permission. On a Windows system they come in and update everything whenever they want. A dollar says, the person who decided to create those updates never used the program to perform a real job, has no idea what you do for a living, didn’t bother to test the new software program before releasing it to the world, and obviously forgot to add a few lines of coding on your favorite feature. Some days it seems the only thing a computer does well is frustrate you.

I’ve learned the good old days are not gone. There is city life, and country life. There is the fast paced life, and the slow and easy life. And the choice is yours. Be driven, or take the wheel and be in control. There is a world of difference. Look for future stories about country life, and what it feels like to relax for a moment. Oh, and the really cool old time stuff in small towns.

What else have I learned? A lot of things. But right now a few of those other articles need a little attention. And I have to do some marketing. I remember when everything on the Internet was free. Some of it still is. And I intend to use all of them to promote this story and my website. Websites are nice, but they are no substitute for personal contact and a real conversation. And that’s what life is all about. The people you meet, services you provide, and becoming a success in whatever you do. Not just a success, but the best. I’ve learned the best is not measured in volume, sales, or dollars, but in quality, pride in your work. In the evening when you look out over the field to watch the sunset and you don’t have to worry about steps you missed, details you forgot, and a million things you have to do tomorrow to cover your butt. Know your process, the steps involved. Use your computer to set up a calender of events, due dates, reminders, organize phone numbers, and do a few other things. I’ve been around computers long enough to know, computers have limitations, and so do people. Computers can be a great tool, but what happens when the tool begins to control the user? More on that later.

Serving these Cities, towns, and villages